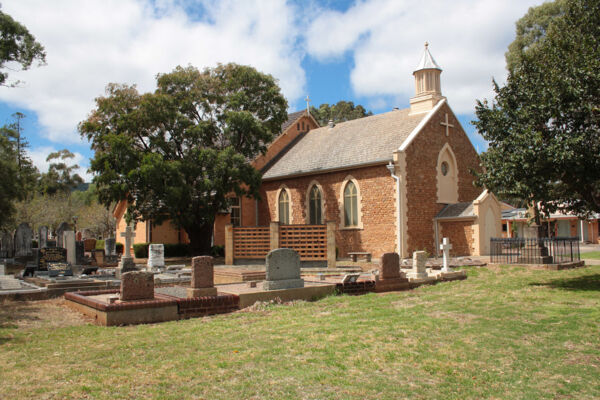 The land on which the Church was built was given by John Finlay Duff, Captain of the Barque Africaine.

The Church has the distinction of being the first Anglican Church consecrated in the colony of South Australia. It was performed by Bishop Augustus Short on 30 January 1848, within weeks of his arrival in South Australia.

The foundation stone was laid on the 18th of January 1847 by the wife of Frederick Bayne Esq. of Stradbroke. The Church yard was laid out in 1857.

The original building was completed in one year at a cost of £280, all from private subscription. Nearby creeks of Magill provided cobblestones to build its walls, and the beams and timbers for its roof are of pit sawn Blue Gum.

The associated lynch gate was designed by F Kenneth Milne and erected in 1952 by descendents of Dr Christopher Penfold.