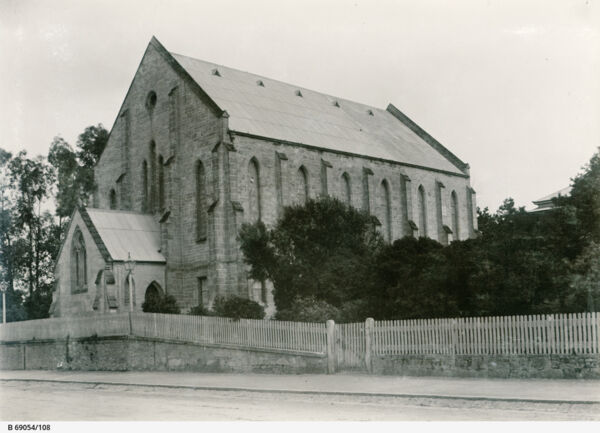 A Gothic large church built in 1862 by the Wesleyans. Opened by minister from Portland. Additions made 1877 with new entrance. The old lecture hall and Sunday School was beneath the church. Note the buttress on corners and sides. Became Uniting Church 1977 and closed 1994 when services moved to St Andrews Presbyterian Church.

The names in this list of clergy are Reverends that served this Church and the Mt Gambier circuit. The Church is now the Liberty Church. A Gothic large church built in 1862 by the Wesleyans. Opened by minister from Portland. Additions were made in 1877 with a new entrance.

First Services were held in the National School House in Sturt Street. The first Minister was offered a £15 stipend. The land for the church was purchased for £25 from Mr W Burcham.

The contract to design and build the church was given to Mr George Pannell of Adelaide and the foundation stone was laid on 18 September 1861 by the Reverend H T Burgess.

The Church is now the Liberty Church.

An organ was purchased in 1878 however it was replaced in 1887 with a Conneseur.