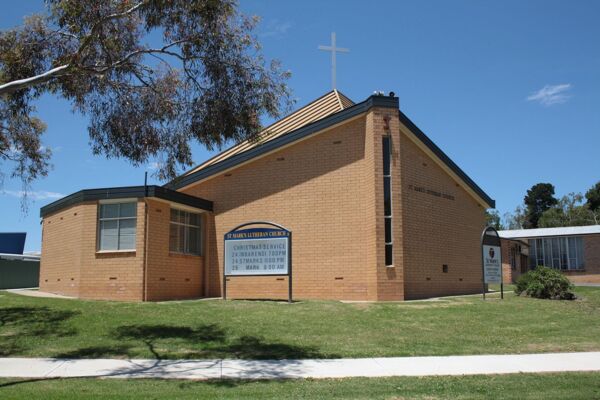 The church first commenced its existence as an outreach project from Hahndorf with it first service held on 15 December in the Founders room of the local Mechanics Institute. During 1958 discussions were held with the Home Mission Committee to establish a properly constituted congregation. Also it was decided the Founders room at the local Institute was not conducive to church services so the local Presbyterians were approached. They offered their church it

Land was purchased in 1959 on Albert Road from a Miss Davis for 1,250.00 and another for 500.00 but it was soon that both were unsuitable. Mrs Coral Stephenson offered a block in Hampden Street and this was duly taken up in 1961. By 1962 tenders were called and the tender of G. O'Malley of Charleston was accepted. The cost was to be $11,000 which included a hall (stage 1), church and manse.

The Church Hall was opened on 18 November 1962. The Manse was built in 1964. By 1975 it was decided an extension to the current church was required and Architect Mr Norman Drogemuller was engaged who suggested a new separate church would be best. Tenders were called and Mr T Shedrick's quote was accepted. The Foundation stone was laid on 8 August 1976. Carpet was ordered from England and arrived one day prior to the opening of the church on 12 December 1976.

A piped organ from the Congregational church in Kew Melbourne was installed and dedicated in 1978. It had to be re built and that task was led by Mr Ross Waters of Adelaide. The old organ was donated to the Bridgewater church.