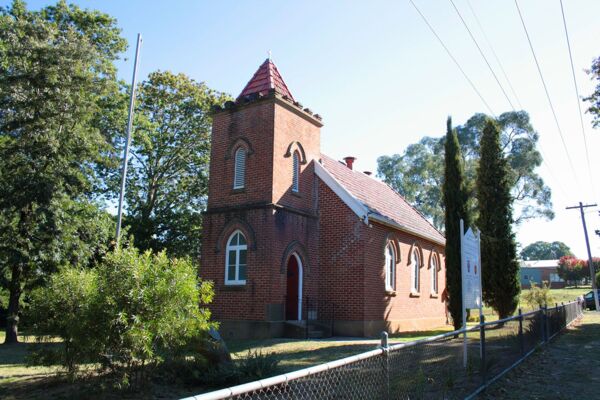 The Foundation stone was laid on 17 November 1918 by Major General Parnell C.M.G. In memory of those killed in the Great War. The Architect was T.L. Thompson while the builder was D.L. Lawrence.

Before the building of the church a Union building was used and 1936 marked the half-century Of worship at Murrurnhatrman. This building was sold to the Presbyterian part owners for £100 which is held in trust by the churchwardens and the interest used for the upkeep of the Church. It was built in 1919 and consecrated On 27/4/1919. It is a well built structure of brick, comprising nave, chancel and sanctuary vestry, with roof of tiles. It was built mainly by the generosity of Mrs. G. Valiance and is known as All Saints Soldiers' Memorial Church, the foundation stone being laid by Brigadier-General Parnell. There is an honour roll in bronze to the memory of fallen soldiers.

1. History of the Diocese of Goulburn. Ransome T. Wyatt