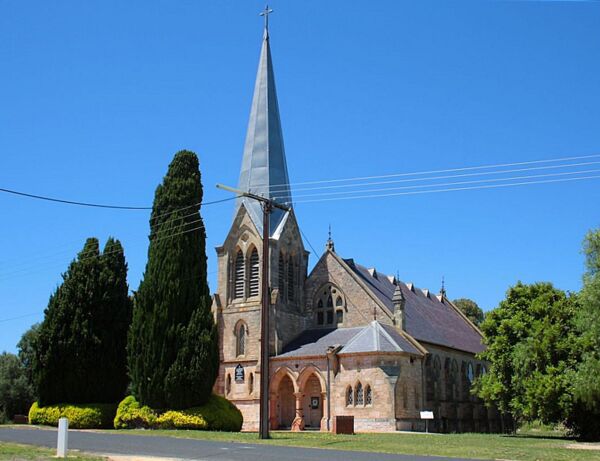 The original church was built in 1858 and later became the Sunday School hall. The land was donated by Mr William McIntosh as was the church bell. The current church was erected in 1874 1875 at a cost of 3,000. The slate roof on the spire was replaced with aluminium in 1953 and again in 1990.

In 1874 Mrs Robertson of Struan laid the foundation stone for the new church. In 1895 the manse was built in church grounds.