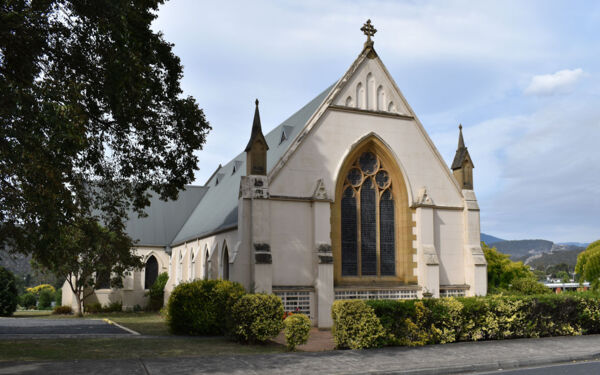 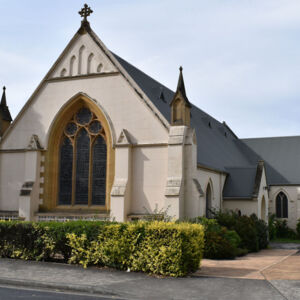 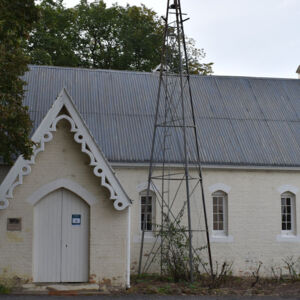 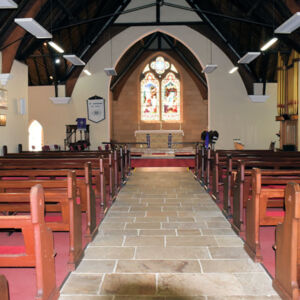 Construction of the church commenced in 1823 under the direction of the Colonial Architect David Lambe. Plans were prepared in 1870 for an impressive bell tower and clock for the church and one was designed by Molesworth Jeffrey of "Bournbank". he clock was never installed and was later installed in the Invalid Hospital.

The first Official service to be held in the church was in 1825. The Consecration service was conducted by Archdeacon Thomas Hobbes Scott of New South Wales on 13th of April 1828.

The Gothic styled Close was built in 1866 as a Parish Hall and Sunday School. It was deigned by Churchwarden William Coburn Sharland. A further extension was completed in 1881.

A petition by the Rector, Reverend John Oberlin Harris for the contruction of the Chancel 27ft wide and 12ft deep at the east end of the Church was submitted to the Bishop of Tasmania for his approval in 1894.

Early references in Dorothy's book suggests the Church did have a Seraphim and a Harmonium.  Mr William Cowburn was appointed organist in 1894 and remained organist and choirmaster until 1903.

The current organ is a George Fincham and Son using open wooden diapason taken from the grand organ they installed for the 1880 - 1881 Melbourne Exhibition.