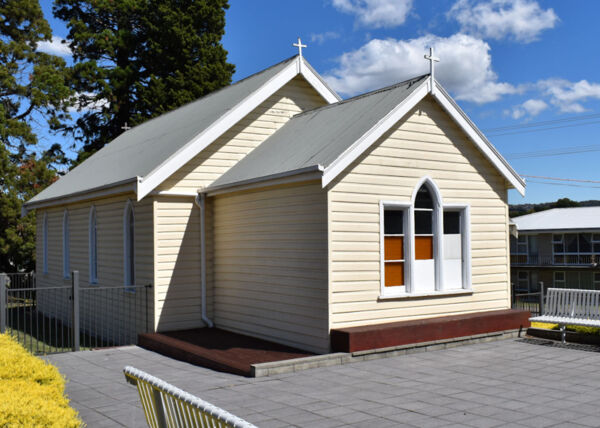 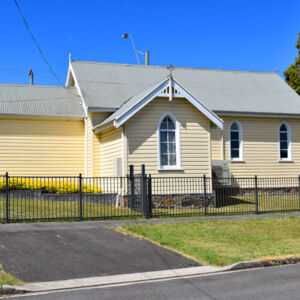 Now known as All Saint's or Barney's.

The land, was purchased for £25 from Mr. J. C. McMichael. Tenders were called for the building of a structure to serve the purpose of hall and church. It was natural that, from the applicants, the tender of J. and T. Gunn was accepted.

The plans for the modest weatherboard St. Barnabas only allowed for an expenditure of about £300, compared with the £5,700 project of Holy Trinity seven years before, but to the parishioners of Newnham their church would be equal in splendour and importance. The new seats cost £20 and the Mason and Hamilton organ was £40. Lamps. The prayer desk and reading desk came from the old Trinity Church, a building condemned by the City Surveyor in 1888 and which saw its last service three years before the foundation stone was laid at St. Barnabas.

The St. Barnabas Bell was presented by Mr W. Thelwell. It was originally housed in a wooden tower, detached from the church building. The tone of the bell was created by a quantity of silver, including coins, being collected by Mr. Thelwell from many friends and cast into the molten mass before the bell was moulded.

The Mason and Hamilton organ cost £40.