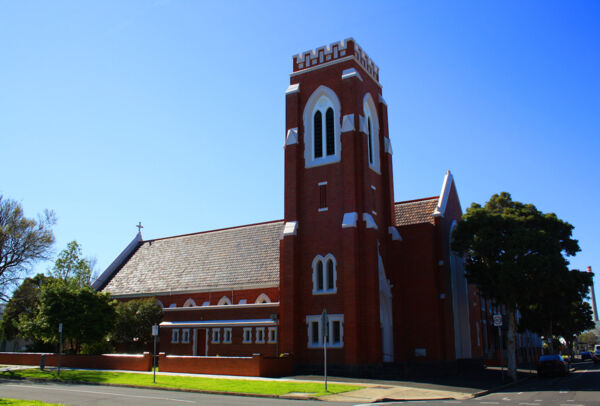 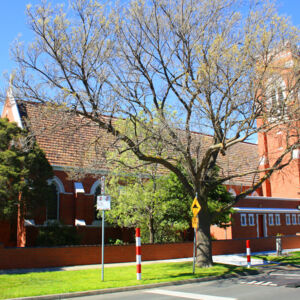 A red brick Modern Gothic church typical of many erected for the Catholic Church in the first half of the twentieth century.

The elevation is in two gabled bays with an unusual castellated bell tower over the western bay, presumably being the 1942 addition. Tiles have been used on the roof, with glazed tiling on the western wing being later than those of the eastern section.

A number of minor additions in a matching style are evident. Cemented dressings are used at openings particularly the tracery and foliation in the main windows and entry gables.The 1930 school to the east of the Church is a red brick building of two storeys.