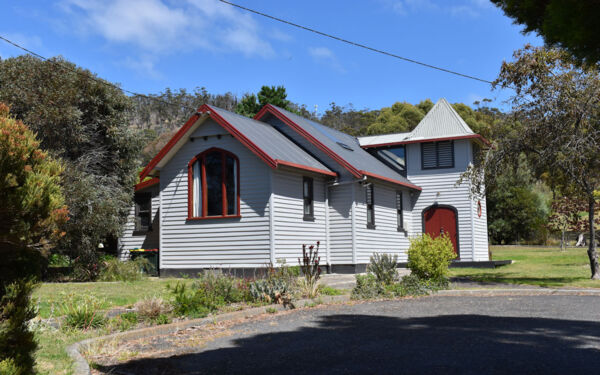 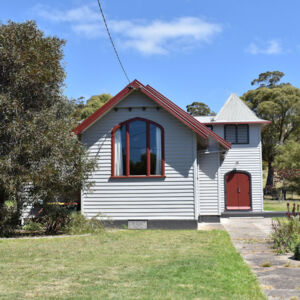 A tiny wooden building served as the Orford Church for many years. Originally the timekeepers office at the Okehampton quarry for many years ntil it closed. The structure was taken intact to Crabtree Quarries, two miles south of Orford. The services were held there for some years. In 1883 the building was positioned just behind the present church, where it stood among the wattles. Named Michael's on the Mount by the Revid Power, who served for nearly 50 years.

The bell hung on nearby gum tree and announced the services however it cracked when rung with great joy at the Armistice of World War I. The Church was dedicated on 28 July 1929 and called the Church of St Michael and All Angels. The Dean of Hobart, consecrated the foundation stone, which was laid by Mr Frederick Mace a lay reader and church supporter for many years. The Church cost £450.

1. The Anglican Church in Tasmania, A Diocesan history to mark the Sesquicentenary 1992 by Geoffrey Stephens