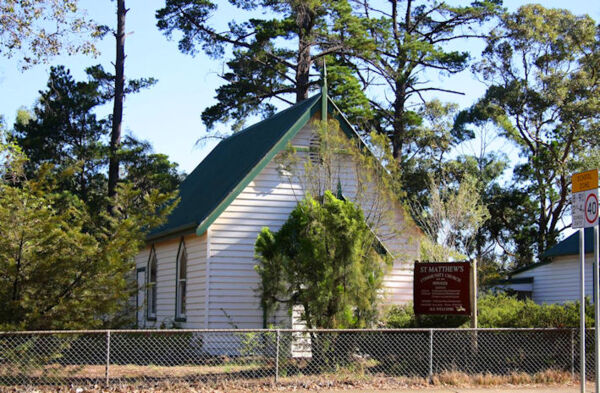 The first church service's in Panton Hill was held in an axe split paling building opposite the current Hotel. The land for the church was granted by a local by the name of James Owens Hughes a school teacher living in Cherry Tree Road. The transfer of title occurred in January of 1896. A tender by Mr William Coutie was accepted to build the church at a cost of £69.

The  Parish  of  Panton  Hill was  given  its own vicarage in Cherry Tree Road  in  1912  by  Mrs. Augusta  Gibson  (who died on  12th November 1914).    The  Vicar,  Reverend  E.  Selwyn  Chase,  who  was  living  at Queenstown,  moved into the new vicarage about that same year.  Mrs Gibson also funded  the building of the Gibson Memorial Hall next to the Church.   Reverend  Chase was educated at Rugby in England and was close friends with Lord Baden Powell.

A new alter was erected and dedicated in 1956 and at the same time electricity was connected.*

In 1994 an Organ from St John's in Diamond Creek was installed.*