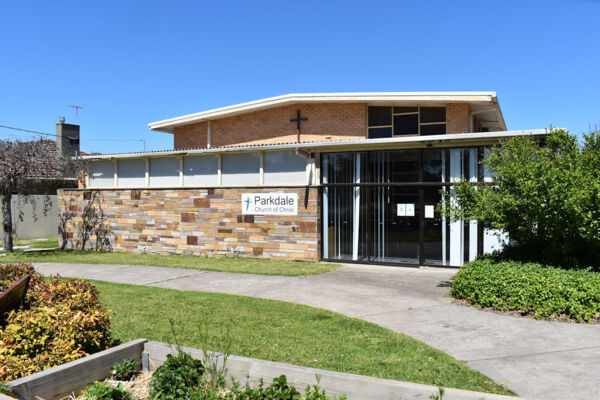 The Church was founded in 1921, and moved to the present site in 1923. The first record of Christians who were interested in commencing a Church of Christ Fellowship in Mentone or Parkdale was with thirty-one people who lived in the district and contacted each other to come to a meeting on Thursday 10th February 1921.

The building was opened over two days of celebrations on Saturday 7th and Sunday 8th of April 1923 with the building packed out and an overflow present. For several years meetings had been organized to discuss whether or not to build a new Chapel building  facing Como Parade in front of the old one. In April 1958 the AGM records that they resolved to go ahead and Committees were appointed to make plans and discuss the possibilities.

The current Church was opened on Sunday 23rd May 1965 by the Conference President F. J. Funston with a huge crowd attending including Cr. Ward, Mayor of Mordialloc and Mentone, who presented a very complimentary speech. The cost had been approximately £16,000.