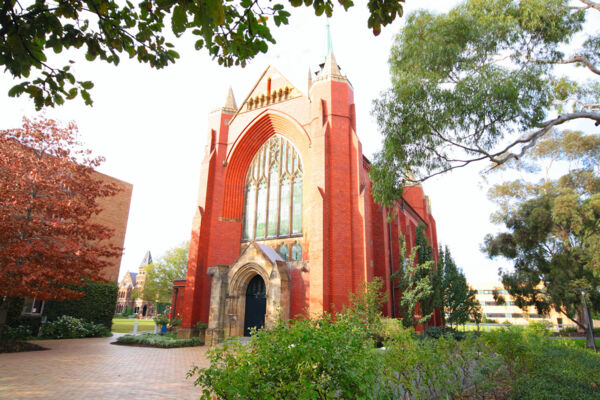 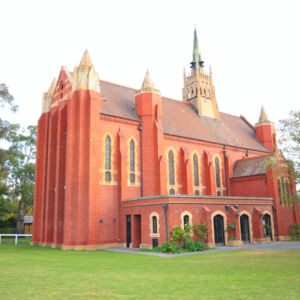 A Foundation stone reads, "The Chapel was erected by John Sutcliffe Horsfall to the Glory of God and in affectionate remembrance  of his beloved daughter Edith born June 14th 1863 died January 20th 1908 wife of Colonel the Hon Rupert Carington S.O. C.V.O. September 30th 1914."

The Church was designed by Alexander North in the Arts and Crafts style and was completed in 1917.