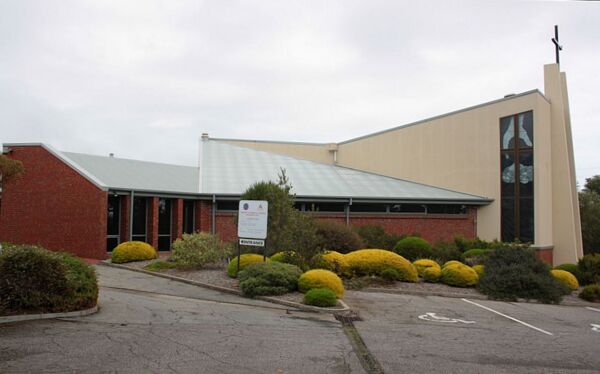 Two blocks of land in Bond Street had been purchased in 1937 for a church building however these were eventual sold and land at the corner of Daws and Goodwood Roads was purchased. The foundations were laid in 1950 and the walls went up the following year.

By 1979 it was determined the present site was inadequate and a new site in Pasadena was considered. The foundation stone was laid on 25 October 1981. By 1982 the new church was completed and the dedication service held on 21 March. The Official opening was on 5 December 1982.

On 12 March 1991 fire broke out and destroyed the church. Over time the site was demolished and Architects Brown Falconer and Engineers Connell Wagner were employed to resurrect the building. Gawler Carpenters and Jointers were engaged to build the new church. The new church was opened on 15 March 1992.