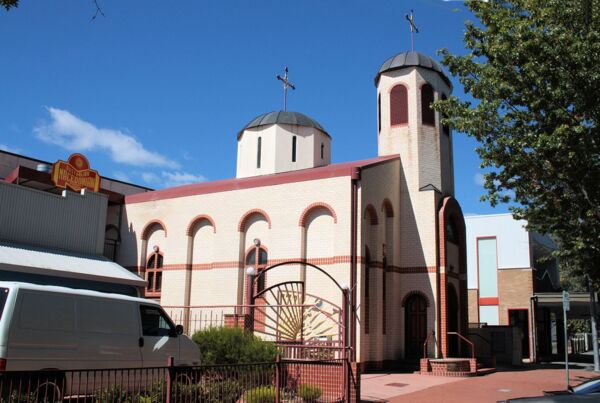 A single storey hall constructed of handmade brick. The Salvation Army used the hall as its first barracks from 1884 until the end of the decade. The front facade has been rendered and painted, with imitation ashlar blocking. Since its building it has served a variety of purposes within the town. Originally opened in 1877 as the Protestant Hall, it was built by Thomas Jordan for Queanbeyan's protestant denominations as a recreational, social and gathering facility.

In 1966 the hall was bought by Queanbeyan's Macedonian community and on 19 April 1969 it was dedicated by bishops Kiri and Metodjii as St Illia's Macedonian Orthodox Church.

The Macedonian community demolished the building in 1993-94 to make way for a brand new church. The Foundation stone was laid on 2 August 1996 by The Honourable Phillip Ruddock M.P.