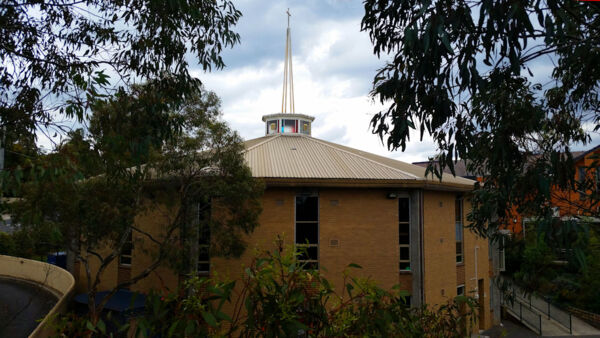 The idea of a Church in Rosanna was formed on the Macleod railway station in 1954 and the first meeting of the Macleod Catholic building group was held in the pavilion of the Macleod Rosanna football ground.

Early services were held in the Rosanna Macleod RSL hall.

Search for a parish site began in early 1956. Four blocks of land in Braidhill Road which were already owned by the archdiocese were examined but considered too small to act as parish sites.

The current church was built and blessed in 1973.

Trains, Trials and Triumphs Celebrating 50 years of the Parish of St Martin of Tours SLTF 282.9451