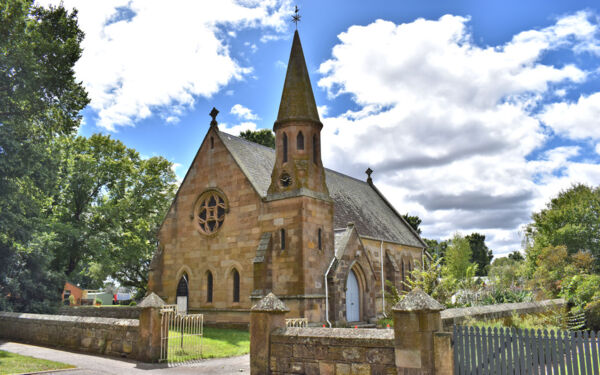 In 1832 both Ross and Campbell Town applied for government help to build a church, and the Rev. William Bedford Jr. was appointed to take charge, building himself a home, Howley Lodge at Campbell Town.

The first plans had been too ambitious and had to be scaled down, Charles Atkinson was allowed a carpenter and two sawyers by the government, but neither Matthew Forster (Controller of Convicts 11,1 Hobart nor the engineer, John Lee Archer, had any confidece in his abilities, especially in his handling of the convicts.

The church was erected on land now part of the burial ground on a hill to the east of the town, however by 1846 movement of the walls required them to be taken down to the foundations.

A description of the current church appeared in the 'Church News' of June, 1869, soon after the building was opened. Freestone from the original building, which was built on the same plan as St. Luke's, Campbell Town, was used in the new church. The north transept was intended for organ and choir. There is a south porch, Bell Tower and a spire rising to 60 feet. The nave measures 48 feet by 24, the chancel 16 by 14, the vestry 10 feet by 1 4 feet.

The Architect was Henry Hunter.