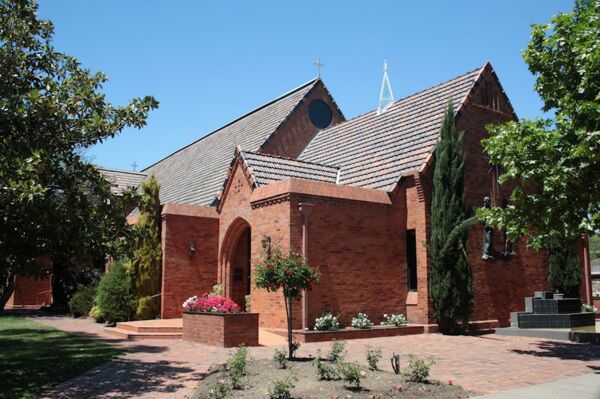 The first Anglican service in Shepparton was conducted by Archdeacon Tucker in 1875 in Mr. A. F. Rowe's dining room at his premises situated near the banks of the Goulburn adjacent to the old Port of Shepparton. Canon W. L C. Howard of Beechworth had the oversight of the Shepparton Districts until 1879. In the previous year, Mr J.D. Dawborn was made Reader at Shepparton and ordained deacon in 1880 for the Parochial District of Shepparton. He became the first resident priest the following year and opened the first Saint Augustine's Church in 1882.

One and a half acres of land were purchased in June, 1922 at the corner of McKinney and Maude Streets for the sum of £2,500. This was to be the site of the new church.

The foundation stone of the new Saint Augustine's was laid on the 6th October, 1926. The new church, designed by Mr. Louis Williams and built by Messrs. A. E. Orme and W. Montgomery, was dedicated at a ceremony conducted by Archdeacon Carter, Rector of Shepparton. Bishop Thomas Armstrong preached and blessed the new building on the 4th April, 1927.