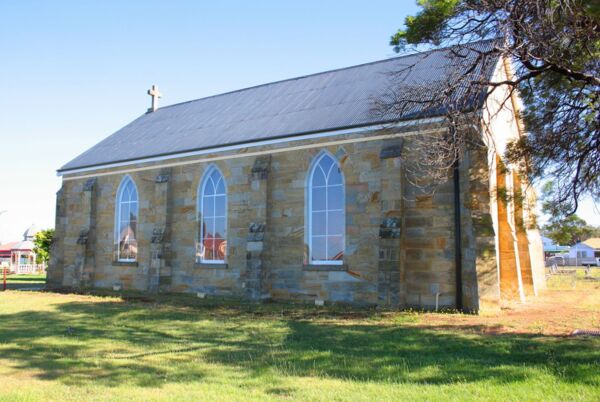 A small stone Gothic Revival church constructed in 1826 and re-built in 1883. This replaced a larger church on the same site that dated back to 1825. The contract was awarded to Messrs Grubb Bros of Hobart for 925 and most of the construction work was carried out by convicts.

The first services were held in a barn. In 1826 St. George's was one of the only five churches in the Diocese. The foundation stone of the new freestone church was laid in October 1883 and consecrated in June 1884. In 1876 the old church had been declared unsafe and it was pulled down in 1883. Between this and the opening of the new church, the Presbyterian Church was used. In 1915 the church was renovated inside and out and, again in 1931, £486 was spent on it. In 1934 it was restored and redecorated.

1. The Australian Anglican Directory 2000
2. The Anglican Church in Tasmania, A Diocesan history to mark the Sesquicentenary 1992 by Geoffrey Stephens.
3. Cable Clerical Index.