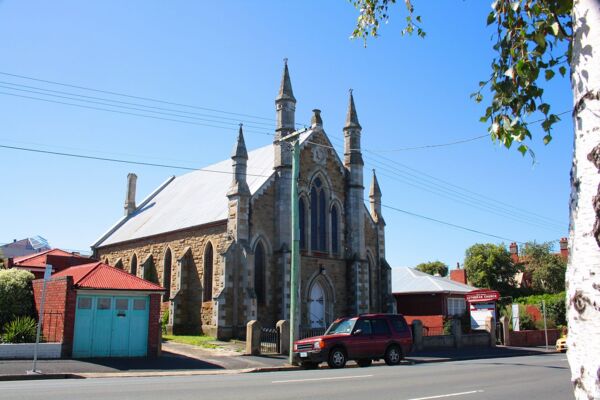 The foundation stone for this church was laid in 1870 with great ceremony by Henry Hopkins, who had done much to establish Protestant churches in the colony. The church was sold to the Lutherans in 1973, and they renamed it St Peter's Lutheran Church. They sold it in 2012, and now it is used by Hillsong Church.

Th Organ dated from 1878 and was buit by George Finchan of Melbourne.