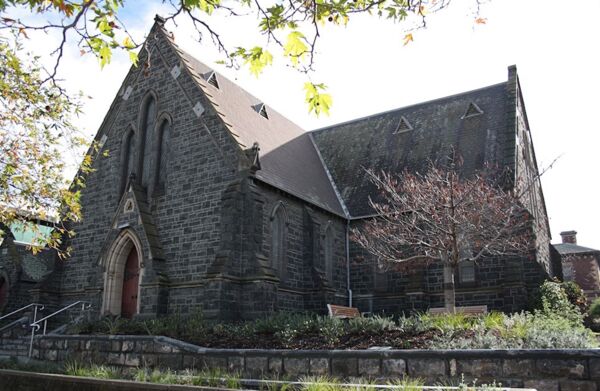 St Luke's was erected in 1857, enlarged in 1859 and consecrated in May 1861 as the parish Church for the growing municipality of Emerald Hill (South Melbourne). The design of the cruciform plan timber roofed church, constructed of basalt with minimal freestone dressings and originally intended to be crowned by a lofty tower and spire, is in the style of Early English Gothic, the architect being F M White.

The intended spire was never built.

Built in 1865 by the London organ builder John Courcelle, this instrument was one of seven organs he is known to have exported to Victoria in the 1860s. In 1875 George Fincham inserted seven additional stops which had been prepared for in the original design. Following several moves, the organ was rebuilt in 1937 by Fincham & Sons and placed on a loft in the south transept when the action was electrified, a detached console supplied and several new ranks of pipe work introduced.