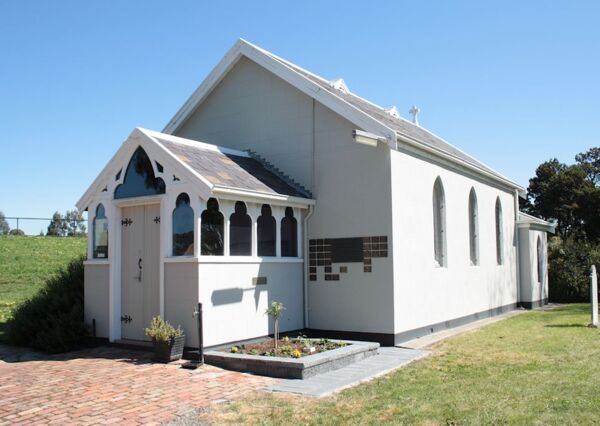 He first emigrated to NSW, then found himself on a property in Fitzroy and later a pastoral lease on the Plenty River. When his wife died on 5 August 1856 he erected this church on his property in her honour and called it The rose chapel. After his death on 4 September 1865 the chapel was willed to the Church of England plus 3 acres of land. It was consecrated St Katherine's in 1876 by Bishop Thornton of Ballarat.

On 14 July 1857 the second daughter married Architect Charles Maplestone who was responsible for re designing the chapel when the Church of England took it over. He also designed the Diamond Creek Anglican church and the Kangaroo Ground Presbyterian church.

The church was partially destroyed by fire in 1957 however plans taken just a few months before by a local student allowed its re contraction. Residents on the island of St Helena on hearing of the fire donated an engraved alms dish to the church.