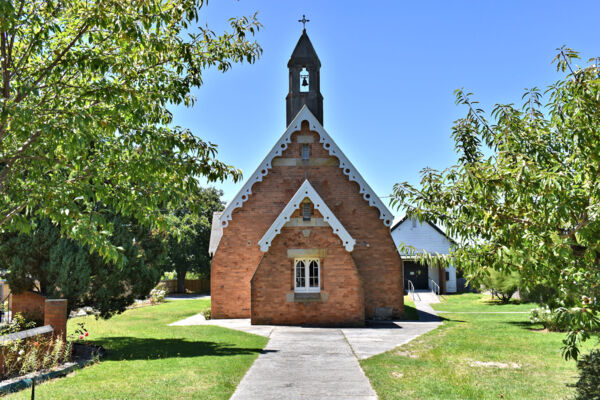 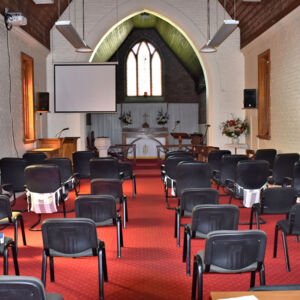 The earliest record of the Church having taken any interest in this district is to be found in the Church News, 4/3/1901 when it mentions that in 1871 the Rev. John Chambers made visits to St. Helens, though it is probable this gentleman made occasional visits from 1862, that being the year he took charge of Cullenswood, Fingal and Falmouth.

The first church erected in the parish was at St. Helens in the year 1875; it was built of weatherboards. In 1884 it gave place to a brick building, the foundation stone of which,was laid on the 24th of May of that year; the old worn building is now used as a Sunday School.

In the year 1888 the inhabitants of St. Helens and neighbouring surroundings sent a petition to the Bishop asking him to divide the district and give them a clergyman of their own. In response the Bishop  in 1891 formed St. Helens, Georges River, Goulds Country, Blue Tier and Weldborough into a separate cure.

The Architect was henry Hunter. This church was erected in 1884 and Bishop Sandford laid the foundation stone. The church was consecrated in February, 1886. In 1929 the Sanctuary and Sacristy were dedicated.

A Foundation stone reads, " This stone was laid by Bishop Sanford May 24th 1884.