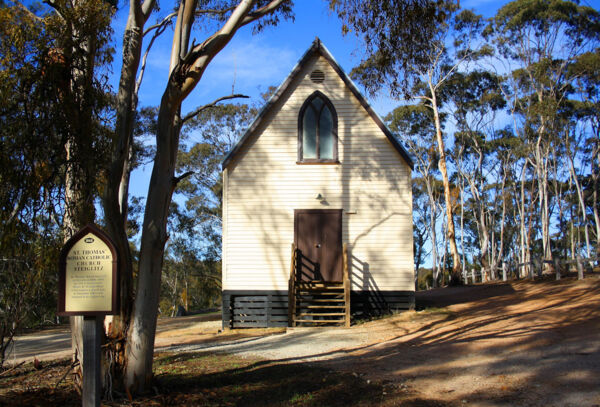 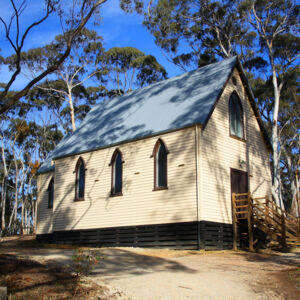 The Rev. Dean James Hayes of Geelong visited the Steiglitz diggings and on the 25th August 1857 purchased a wooden store for use as a church. In November 1857 the Catholic congregation celebrate, their first mass in Steiglitz in what had previously been William Butcher's store in Regent Street.

In 1867 Dean James Fitzpatrick applied for the reserve of two acres however Father James Hoyne stated that this site was inadequate, and in May 1868 a new site was reserved in Meredith Road, adjacent to the old Cemetery. Fr James Hoyne commenced the erection of a new church shortly after. Under the patronage of St. Thomas, the church was opened on 19th July 1868 by Bishop Goold.

Following the closure of the area's mines, the church remained idle for many years before officially closing in 1927. The land on which the church had stood was sold to the Victorian Government in early 1983 and now forms part of the Streiglitz National Park.