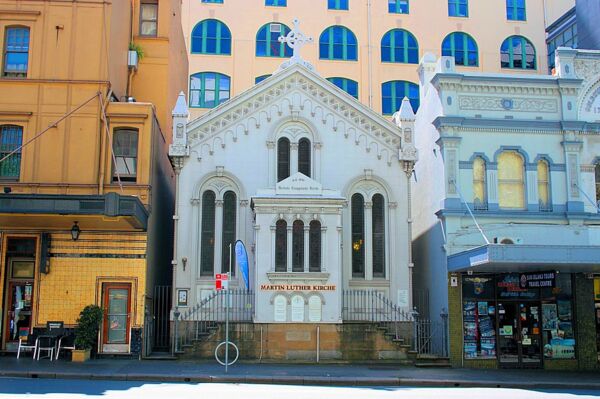 The foundation-stone of the first German Evangelical Lutheran church to be erected in Sydney, was laid in North Goulburn Street on Saturday last by Mrs. R Krauel, wife of the German Consul-General. Built in 1881.

The design on the building was in accordance with designs prepared by Mr. T. Dixon Chater.

The first organ is unknown. The second organ was built by the Sydney organbuilder, Charles Richardson, and was completed in 1894. This organ was removed in 1979, rebuilt and installed in St John's Anglican Church, Young, by Brown & Arkley.
A new organ was ordered from Karl Schuke, Berlin and was opened in 1980.