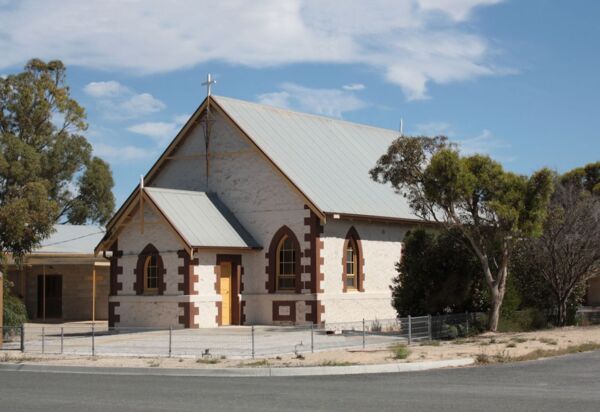 Lutherans came to this area mainly from the Callington and Monarto areas where Lutheran congregations and churches already existed. Each of these congregations belonged to the Evangelical Lutheran Synod of Australia.

At the end of Seymour Street is the former St Johns church (UELCA) which was sold while the Evangelical Church is further down Seymour Street.

St John's commenced building its church in 1912 and it was dedicated that same year. The Trinity Group met in several private homes and later as numbers grew services were held in the Congregational Church. In 1934 they decided to build their own church and a quote of 650.00 from a Mr Altman was accepted. The foundation stone was laid on 3 November. The dedication service took place on 1 March 1936.