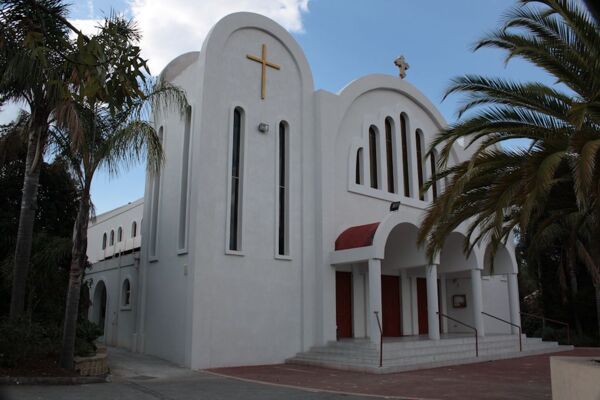 The Church was designed by Peter A. Damos Pty Ltd, a firm of South Melbourne architects, and built in 1990, by Damos with help from the church community.

The church has a Romanesque basilican plan with a three-bay, barrel-vaulted porch and squat round-headed campaniles to the west front. The section is also basilican: a nave and two aisles, with a clerestory. There are Romanesque windows, a narthex between the campaniles, all round-headed. There is a seven-light window on the west front and extremely slender double-light windows on the campaniles. All is rendered.

It derives ultimately from Byzantine antecedents like Santa Fosca, Torcello (C12th) adapted to the basilican form. Other comparable churches include Melbourne Orthodox Churches such as Prahran, North Carlton and Essendon.