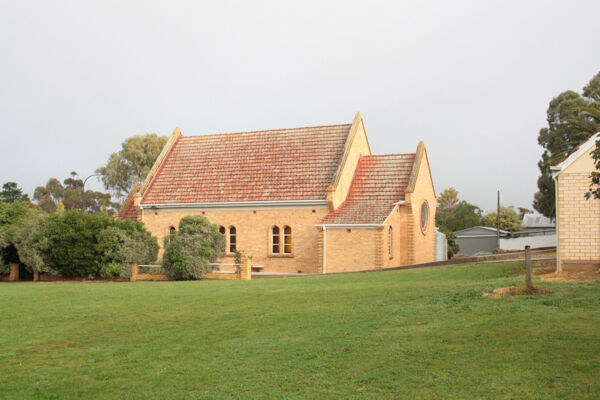 The congregation had its beginning when on Wednesday evening, 20th January, 1937, at a special meeting in the home of Bro. and Mrs. Ben Ruediger, a resolution was passed, to have Lutheran services in Truro. The services to be conducted fortnightly in the afternoon at 3 p.m., preceded by Sunday School beginning at 2 o'clock.

In 1952 permits for church buildings were granted. The committee soon had a meeting, which took place on the 1st of July, when the following recommendation was submitted to the congregation and, of course, unanimously adopted: "'That we ask the building committee to proceed with the erection of the church according to the plan submitted at an approximate cost of 3,237. On account of the lack of finance many desired features had to be left out. On the basis of this plan with various alterations, the church was built, with dimensions being 45 feet x 25 feet.