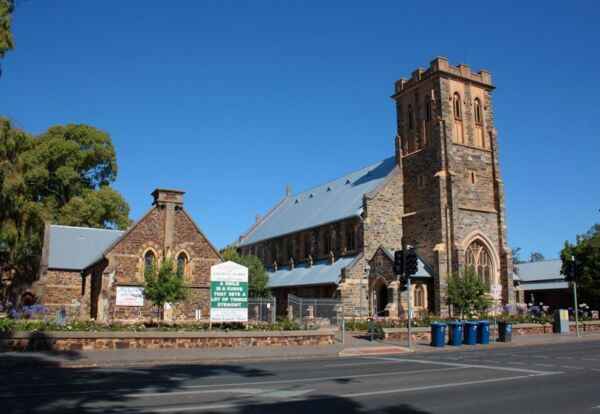 The Foundation stone was laid by the Govenor General George Murray in 1922. The Church is an example of Gothic Revival Church architecture. Of special note is the fine collection of stained glass windows executed by the important firms of Morris and Company and their successor Dearle. The altar window is one of the major Morris and Company designs and original cartoons were designed by Burne-Jones and Ford Madox Brown, though the majority were by J H Dearle.

The Church was one of only two churches built in the Adelaide suburbs during the Episcopal reign of the first Church of England Bishop of Adelaide, Augustus Short. Thomas English called for tenders for its erection in December 1868. Its bell turret rose to 54ft (16.5 m) while dimensions of the nave were given as 44ft x 20ft (13.4 m x 6.1 m). Glen Osmond stone was used for the fabric, which David Deans of Mitcham had built for about 800. A further front was added in 1873.