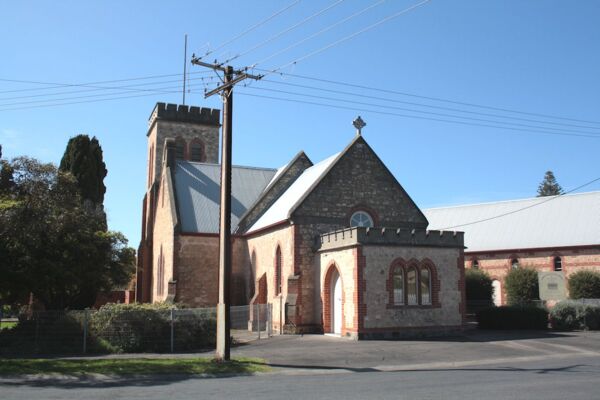 At a meeting held on 19 August 1869 at the Port Victor Hotel, plans were made to establish a church to serve the needs of the Church of England community in Victor Harbor on land donated by Mr A F Lindsay.

The plans were drawn up by Thomas Jones of Goolwa and the contractors were James Bowley and G. Weymouth. Costing no more than £150, the church was dedicated to St Augustine of Hippo (354-430AD) on 8 March 1870.

In 1884 transepts large enough to accommodate an extra 100 people were designed by Adelaide architects Grainger, Naish and Worsley. With local contractor Andrew Oliver undertaking the works, the new additions cost approximately £400 and the church was re-opened for the Christmas period.