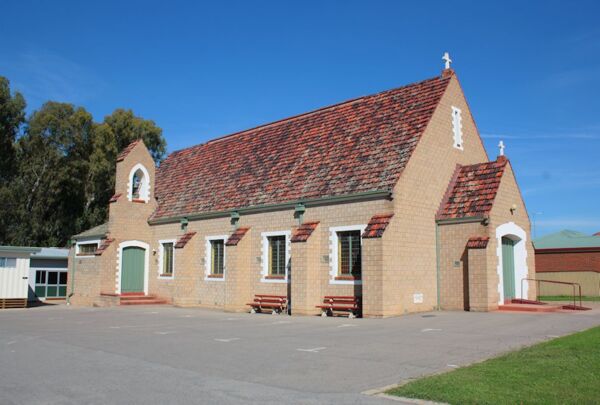 The beginnings of the church were under the auspices of the (ELCA) and the UELCA).

Services continued to be held in private homes and the Masonic Lodge hall until 1936 when the Presbyterian church became the palce of worship.

In 1948 two blocks of land were purchased and brother T Wettern and brother W Semmler were donating land as well. Early in 1950 bricks were made and the foundations were laid in mid 1952. The Fondation stone was laid on 15 February 1953 and was dedicated by Pastor Th Harms with 350 people attending. The bell of the church was cast by Michael Gottschling in Jindera NSW.