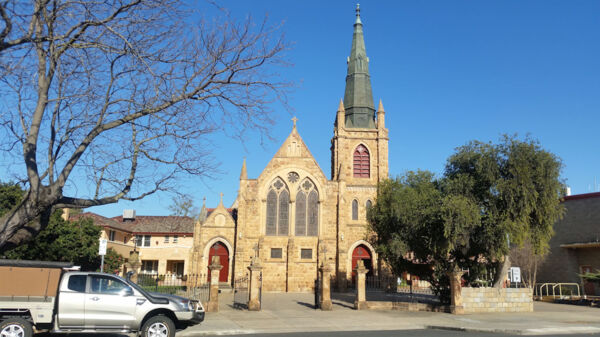 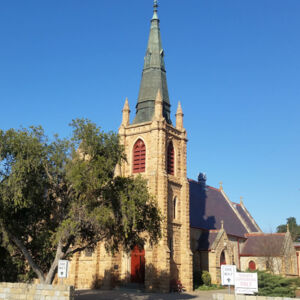 This is an example of the Gothic Revival style. The original sanctuary and nave are a typical example of Wardell's work and are notable for their simplicity and liturgical correctness.

The superb triple lancet stained glass window is a distinctive feature of this section. The west front and tower are elaborately composed and although they do not appear to be in keeping with Wardell's conception, they are interesting example of late nineteenth century Gothic Revival attitudes.

The roof was closed in May 1870 and readied for furnishings when Bishop Goold was in Rome. He finally dedicated it on 10 March 1871; it was the fourth church built on the busy Port Phillip Track and the third named for St Patrick.

The Church was listed as a heritage building in the 1960s.