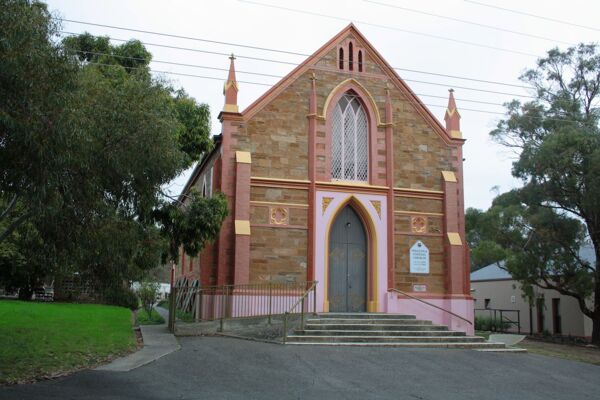 Formerly a Wesleyan Methodist church. Willunga was the first country circuit for the large Wesleyan Church in South Australia.

This is the fourth church built on this site. The first church was opened in 1844. A second larger church was built alongside it in 1848, later to become the Sunday School Hall, still in use.

In 1856/57 a much larger building was erected on the site of the present church. This third church became unsafe and was demolished and replaced in 1895 by the present (fourth) Church, built in a shorter and narrower Gothic style.

The Church was officially opened in April 1896 with the pastor of the church Rev I. Perry presiding.