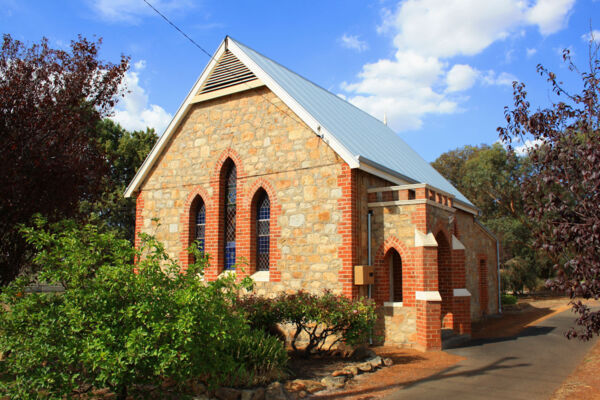 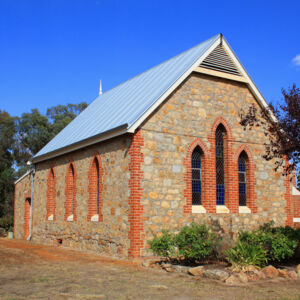 The foundation stone was laid on the southern wall by HO Beeck on 12/2/1908 with other signatories being William Kennedy (pastor) and B Hobart (Secretary).

The stone church has a corrugated galvanised iron steep pitched roof. The entrance porch which faces Robinson Road is made of stone and brick with turrets at the top. Three long windows provide light on the western (entrance) end and similar windows are on the northern and southern sides.

The building is extended behind the alter on the eastern end with a stone lean to which acts as a kitchen/supper room with a door on both ends (northern and southern). The interior has a wide jarrah tongue and groove flooring with a crimped iron ceiling. A raised alter with steps either side. Five pews are each side of the centre aisle.