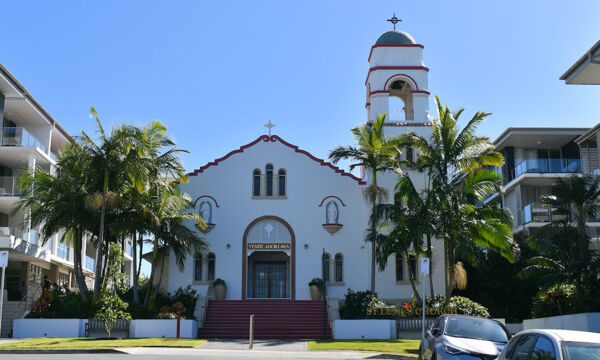 Prior to the construction of St Luke's, Buranda, the Catholic community in the area was part of the parish of the combined districts of Coorparoo and Ipswich Road formed in 1913 when Father J. O'Leary was appointed the first parish priest.  The Church was designed by Brisbane architect Frank Leo Cullen and built in the Spanish Mission style.