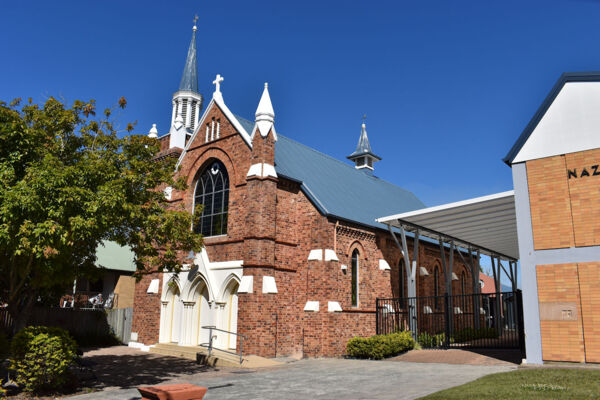 This Federation Gothic style church, designed by prominent architect Charles McLay, was constructed in 1896 for the local Lutheran community. The church was renovated in 1937, and again in 1996, before being badly damaged in an arson attack in 2000.

The bricks and timber from a three-storeyed hotel situated near the Stanley Street Bridge, in East Brisbane, that was due to be demolished, were purchased by the congregation for 35. The bricks were then transported by horse-drawn dray to the site.

In 1977, a second-hand pipe organ (built in 1926) was purchased from the Nundah Anglican Church.