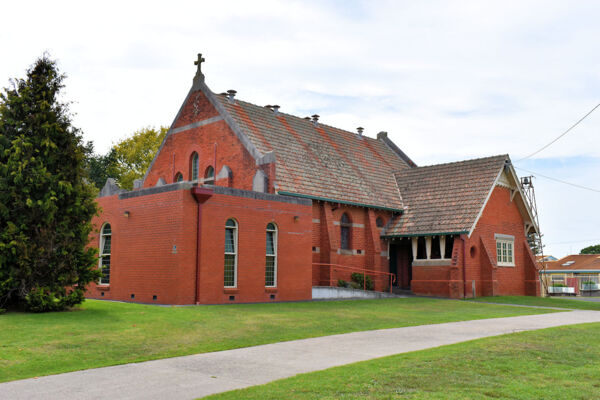 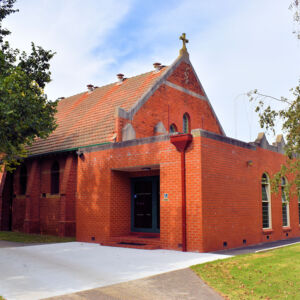 A public meeting to consider the matter of erecting a Church was conviened on 13th August 1866. The minutes record that a block of land was secured having a chain frontage to the Yarram road, at a cost of 10 pounds. (This block is where the Rectory now stands in Commercial Road). On September 8th 1866 it was decided to erect a building 36ft x 18ft to have three windows in each side, and in the end at the Communion table, all to be "Gothic style and of metal composition". It was also settled that "the door be 4ft. wide by 7ft. 6in. high, also Gothic style, and of folding doors". In October 1866, tenders were accepted for the timber and shingles at a cost of 34 pounds.

The foundation stone (which appears to have been removed from the front elevation when the modern narthex was constructed, now leans against the south wall in 2015) and states the it was laid by the Right Reverend George Harvard Cranswick, Lord Bishop of Gippsland on 6 February 1918. The vicar at this date was the Reverend A. R. Raymond. The stone notes that the architect was G. De Lacy Evans and that the builder was A. A. Meyer. Next to this stone, sits the foundation stone of St Luke’s Church (probably of Alberton), dated 24 September 1903.