Saint: Mary Star of the Sea 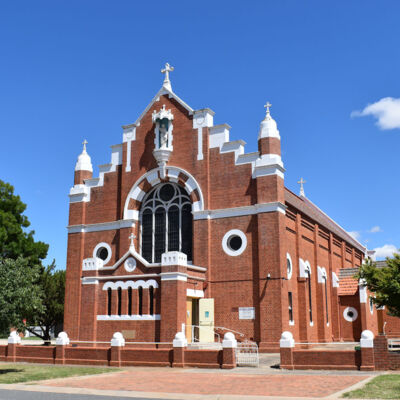 The current church was erected on the site of the first church which was built in 1875. While it was being built, Mass was celebrated in the school. It cost £9,000 to construct and built of brick with an imposing front elevation. Almost at the summit is a canopied niche, containing a magnificent statue of the Sacred heart in white Carara…