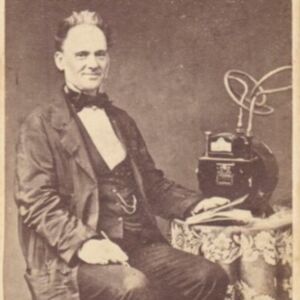 He was the first Superintendent of the London City Mission. Later ministered in the Seaman's Chapel, Glasgow, Scotland, and sought admission to the United Presbyterian Church prior to coming to Port Phillip in 1849 in response to Rev. Dr. John Dunmore Lang's call. Arrived on 1 November 1849 per "Travancore" and shortly afterwards he founded the Independent Presbyterian 'Church of the Tabernacle' in Fitzroy.

1. Alexander Romanov-Hughes
2. State Library of Victoria. Photo out of Copyright.