Born on 22 March 1817 Birmingham, England. Arrived in Van Diemen's Land in the 1840's. Gave up a commercial career in order to enter the ministry in 1845. May have been at Seymour in the Port Phillip District, c1845. 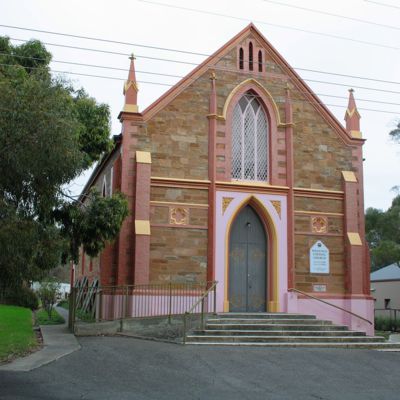 Formerly a Wesleyan Methodist church. Willunga was the first country circuit for the large Wesleyan Church in South Australia. This is the fourth church…