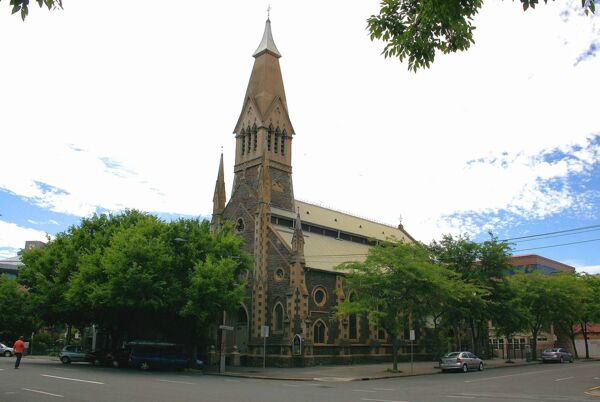 The beginnings of the Church can be traced to 1860 when about six families withdrew membership from Pastor Borgelt's Klemzig congregation on scriptural and confessional grounds. With several families who had been members of the Trinity congregation, as well as a number of others who were not affiliated with any group, they formed the nucleus of Bethlehem Lutheran Church.

On 18 April 1861 the members purchased the former Primitive Methodist church in Waymouth St on Light Square. However, by 1866 they had outgrown this building, so it was decided to build a larger church.

The Church was built of bluestone with much stucco and opened on 23 June 1872.

The circular windows with their heavy tracery are a feature of the building. Many alterations and additions have since been made. Renovated in 1971-72 by Berry, Gilbert and Plomka (architects) and Emmett contractors (builders).