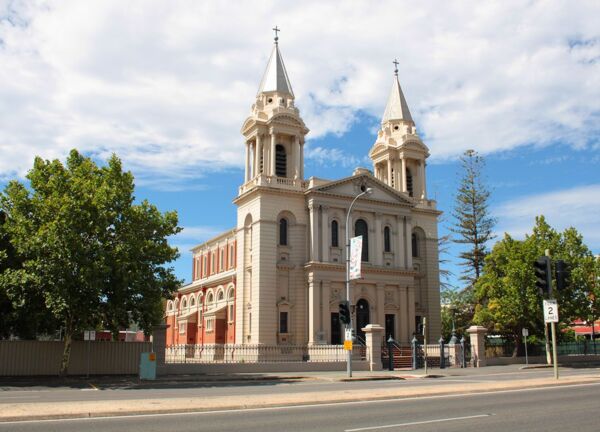 After the original church, that was located in West Terrace became too small it was decided to build a new one in Grote St.

St Patrick’s Church was the principal place of Catholic worship in Adelaide until St Francis Xavier Cathedral opened on Wakefield Street in 1858. Alterations to the simple stone building of St Patrick’s Church included the addition of a chancel in 1859–60 and a tower, designed by architects Wright & Hamilton, in 1876. By then St Patrick’s was the parish church for residents in the west of the city.

The Foundation stone of the current church was laid in November 1912 and the building was completed in 1914.

Constructed of stone and brick, St Patrick's is Classical-neo Baroque in style, based on a Brunelleschi composition. Architecturally important because it is an early design of W H Bagot, an important South Australian architect noted for his attention to architectural history and accuracy of detail.

The organ at St. Patrick's, built by William Dodd in 1900, originally resided at the Hindmarsh Square Congregational Church, but when that church closed they purchased it for St. Patrick's.