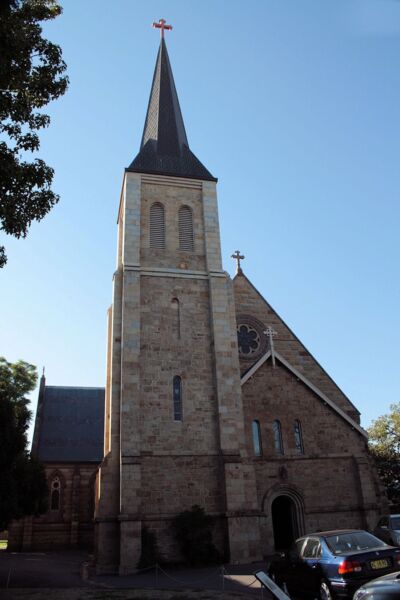 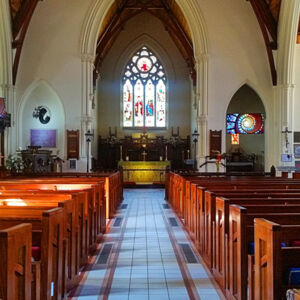 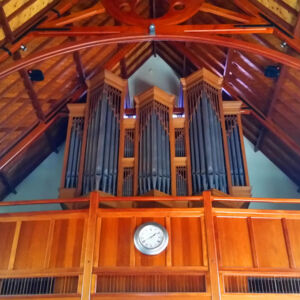 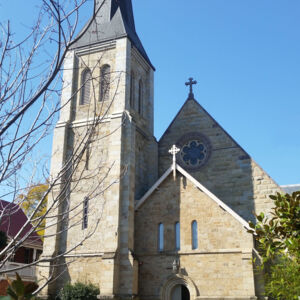 The Albury Anglican Parish was established in February 1850 and by 1851 the first rector Henry Elliott had arrived.

By 1856 a plan by Sydney architect Edmund Blacket was accepted and work began in 1857. The first portion: nave, south porch and tower base, was opened on March 13 1859.

The building combines Edmund Blacket's original west wall and tower base of 1857 - 59, William Boles chanel completed in 1876 and the rebuilt church designed by Ian O'Connor after the church was gutted by fire is September 1991.

The external walls were of local Monument Hill granite, the roof was covered with shingles and the building was 92ft (28m) long by 28ft (8.5m) wide. In 1866 only eleven years after the opening the building was considered too small and during the next seven years sveral plans were discussed for the enlargement of the existing building or for its complete replacement.

The outer walls of the new church were built of granite. All windows, porch and door arches were built of cut stone. The stone for the tracery of the magnificent east window came from the quarries at Table Top, and the granite from Black Range. The white freestone in the transept windows came from Omaru, New Zealand.

The main sanctuary window The Calling of St Matthew was a Lyon and Cottier from Sydney. The transept windows were by Ferguson and Urie. All were destroyed in the fire of September 1991. A bell tower with a ring of eight bells tuned to the key of A, plus one tolling bell, originally from St John's Glastonbury, UK.

The Fincham pipe organ was installed in 1876. It consisted of two manuals and pedal board and contained 1419 pipes on 20 stops. The entire organ was made in Victoria, replacing the pedal organ that had come from Boston in 1869.

There has been several re modelling project over the years of the organ. The pipes were set on a raised structure located at the back of the south tansept. The console was located in a pit on the south side of the church near the south-west wall of the transept.