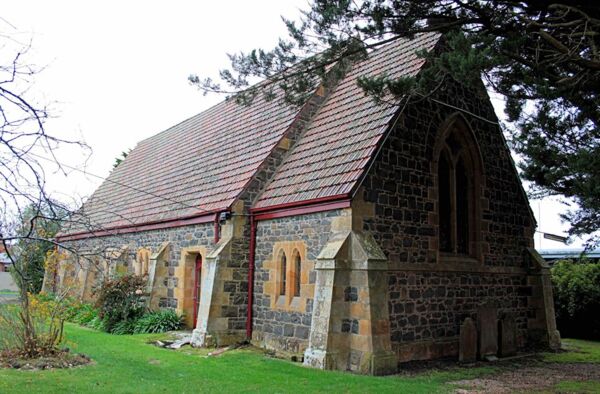 Built in 1862 and consecrated in 1879 of locally mined bluestone, this typically Gothic church, which has seating capacity of 150, originally featured a high pitched roof of slate, that was replaced with terra cotta tiles in the 1950s. At the same time the original concrete floor was replaced with Tasmanian hardwood. An entrance porch was also added.

There are seven stained glass windows and a noteworthy lectern and font. In memory of the longest serving vicar in Ballan a front fence was erected in 1937 with stone pillars, an iron arch and gates, celebrating the memory of pioneers of the district.

St John's Bungaree is another notable bluestone church built in 1867 and along with St James Morrisons forms the parish of Ballan / Bungaree was officially opened in July 1866.