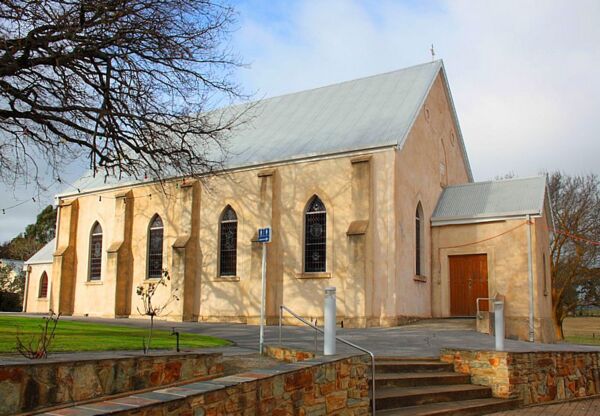 The town of Birdwood, formerly Blumberg,' was founded in January 1848 after the first settlers of Blumberg arrived from Hamburg, Germany in December of 1847. The first worship services of the congregation were held in the home of one of the elders of the congregation until his death in 1850. A small church was then built about 1.5km north-west of the present church and worship services were conducted there.

About 10 years after the first church was built, the present church was built using locally gathered materials. The first worship service was conducted in December of 1860 when it was completed.

The original Church's materials were moved to the present site, and used to erect the Blumberg' Hall.

The Oak Tree which has been there as long as the church is the centrepiece of the church grounds.