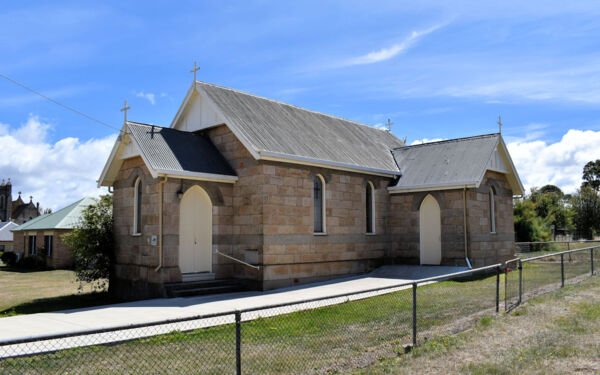 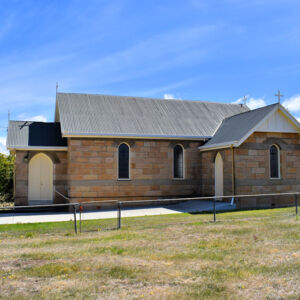 The Church at Bothwell was given a two-acre grant by the Colonial Government. In May 1864 permission to quarry stone on Mount Adelaide near Bothwell, "towards the completion of a church at Bothwell for the use of the Roman Catholic community". At this stage, the church was well advanced, but the private quarry from which stone had been drawn for its construction was "now worked out". Travers Solly, the Acting Colonial Secretary, said there was no objection to using the Mount Adelaide quarry. In November 1864, Bishop Willson offered the first Mass in the new church at Bothwell.

In 1864 Henry Hunter designed a stone church for Bothwell and later that year Bishop Wilson offered the first Mass. The church stood for seventy four years but because there were said to be problems with the foundations and the church was too small, John Goggin's was contracted in 1939 to build a new church using some of the original materials.

There is a foundation stone that reads, " This church was blessed and opened by the Most Rev J.D. Simonds D.D. Archbishop of Hobart on April 21st 1940".