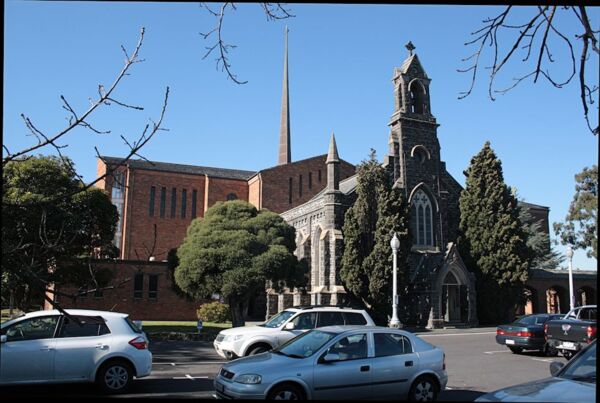 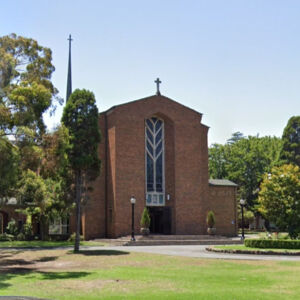 In 1842, the first St Andrew's Church building was opened on 30 November. The second church was opened on 29 August 1850, The Right Reverend Charles Perry, Bishop of Melbourne, laid the foundation stone for a rectangular ironstone church, designed by architect, Melbourne city surveyor and St Andrew's parishioner, Charles Laing.[8] This building was erected to the north-west of the St Andrew's Graveyard, featured plastered brick reveals and trims, was Gothic Revival in style

The third is comprised of bluestone with seven bays to the design of architect Charles Webb in 1856-57. A more modern section at the rear has been added after a fire totally destroyed the complex in 1961.

The present building, opened in 1962, was designed by the noted Australian architect Louis Williams to become the cathedral for the proposed Diocese of the Mornington Peninsula following the planned division of the Diocese of Melbourne.

The first organ, was built in1842 by Peter Hurlstone. The second organ, in 1857 by Jesse Biggs, later at Wesley Church, Ballarat.

Following a devastating fire in 1961, the grand four-manual pipe organ in St Andrew's was completed in 1964 The Organ is Australian-made, with nearly 3,000 pipes and 64 speaking stops, the War Memorial Grand Organ is one of the finest musical instruments in Australasia.

For a full desciption click here on the Organ Historical Trust of Australia..