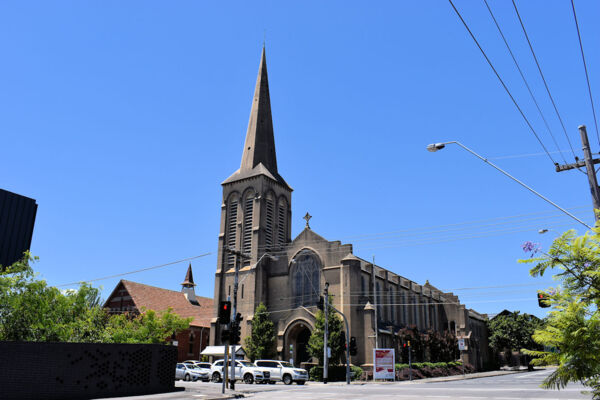 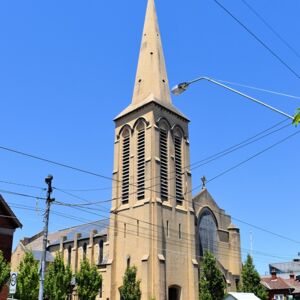 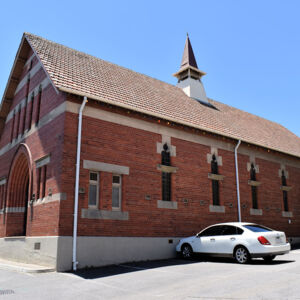 A site at the corner of Stanhope Grove and Canterbury Road was contemplated initially. The current site was purchased at auction in 1912. The first service was conducted at 11am on Sunday 27 April 1913 when 29 people attended. At the 7pm service 55 people attended.

Rev Brooksbanks conviend a public meeting in Adam's assembly hall Camberwell on 30 July 1913 at 8pm in order to promote the building of St Mark's Parish Hall. WJ Vine and Co of Surrey Hills was given the task of supplying 32 pews at a cost of £96.

A Choral Society was formed in 1917 but had a life of less than 12 months.

Tenders for the new church were called for in 1926 and a contract was awarded to Harold G White of East Kew. The Church was built between 1927-28 and designed by Rodney  Alsop. It contains a large and well executed collection of stained glass windows by Napier and Christian Waller, Joseph Stansfield and other local artists. The foundation stone was laid on 10 September 1927 by Archbishop H Lee. Built in Gothic style with stucco rendered brick with a soaring broach spire and completed in 1928.

A Foundation stone reads, " To the Glory of God this stone was laid by the Archbishop of Melbourne April 25th S Mark's Day 1914".

Another Foundation stone reads, " To the Glory of God this stone was laid by The Most Reverend Harrington C Lees D.D. Archbishop of Melbourne September 10th 1927 - Rev J.A. Schofield M.A. Vicar".

The George Fincham & Sons organ was installed in June 1928, enlarged to three manuals by the same firm in 1951, and further rebuilt in 1990 by Australian Pipe Organs Pty Ltd.