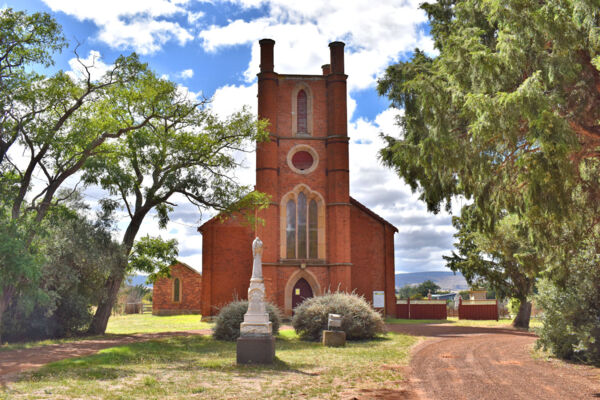 From a plaque at the front of the church reads, "John Lee Archer the Civil Engineer under Governor Arthur had the plans drawn up for this church and the foundation stone was laid in 1835. It was then discovered that part of the base had been laid down with no foundations and a new contractor was called to complete the building which was opened in 1839.

This however did not bring an end to the problems.It quickly became apparent it had been so badly constructed that extensive repairs were needed before it could be consecrated".

The Church is of bright-red brick structure, with a tiled roof. The present vicarage was built in 1888, mainly through the generosity of Miss Sarah Leake.

The organ was built by Walker of London in 1862 and purchased by private subscriptions of the members of the congregation of St. Luke's.  The scale is unique in Tasmania and rare even in England, extending from FFF to G, five octaves and two semitones.

1. Church Plaque
2. The Anglican Church in Tasmania, A Diocesan history to mark the Sesquicentenary 1992 by Geoffrey Stephens
3. The Church website