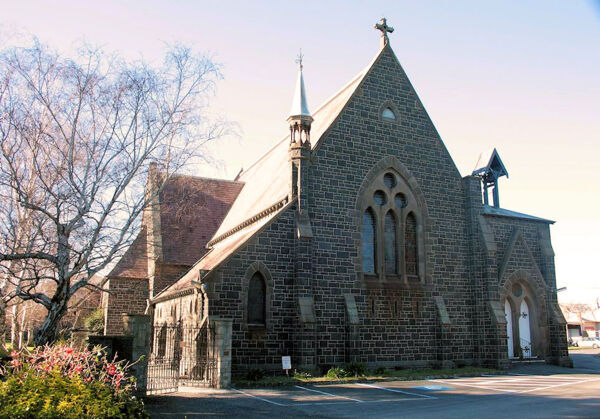 The first Anglican service held in Caulfield was conducted by the Reverend Samuel Taylor (from St Andrew's Brighton) and Reverend David Seddon (of Christ Church St Kilda) in Park Street.

In 1859 steps were taken to build a Church, which for some years was known as '"All Saints." Sir George Stephen gave a quarter of an acre of land, on which the Sunday School now stands, and the centre portion of the old Church was built, of wood, on a foundation of Bluestone.

An early English Gothic design by the architectural firm of Reed and Barnes. The Church is constructed of bluestone and was erected between 1870 and 1871. It replaced an earlier primitive wooden Church built in 1859. The Church was changed to St Mary's in 1864.

The Church was opened for worship by Bishop Perry on May 26th, 1871. The Church was consecrated by Bishop Moorhouse, on July 8th, 1884. The transept and gallery were added at a later date (1885).