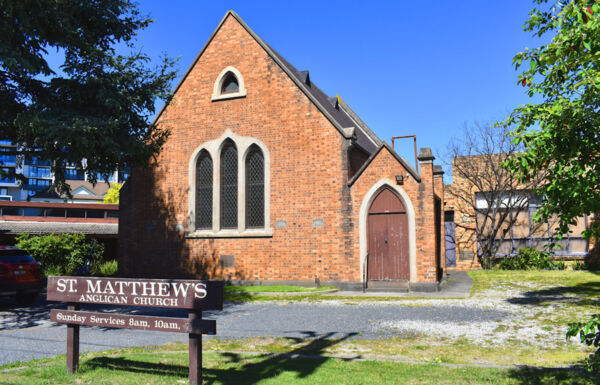 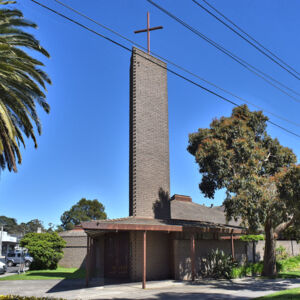 At a meeting of the congregation on 1st February, 1865, the Rev. S. Taylor was authorized to apply for a grant of land on which to build a church. Part of the Government Reserve was chosen — the triangular piece of land on which St Matthew's now stands

In 1867, a separate Parish of Cheltenham was created, and baptisms (of adults as well as infants), marriages and burials began to be recorded there instead of in Brighton. The first recorded baptisms in the new parish were on 24th February, 1867.